5 Things That Are Destroying The Medical Profession 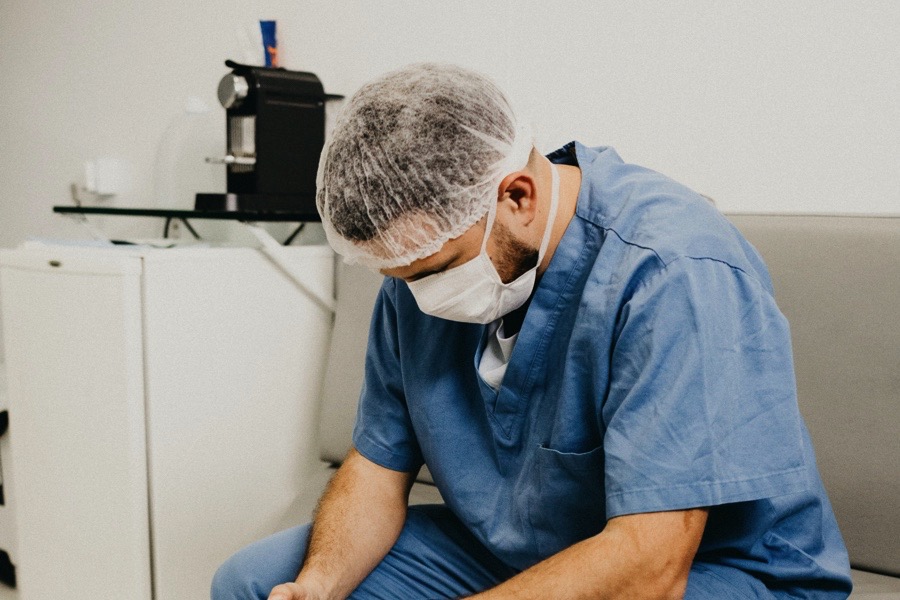 There is something very romantic about doctors. The image of compassionate professionals in scrubs expertly diagnosing diseases, treating patients, and saving lives has been ingrained into our cultural consciousness by shows like Grey’s Anatomy.

And some of that romance is based in reality. Doctors often are real-life superheroes. Just ask anyone who’s had a successful life-saving operation.

Unfortunately, healthcare has been changing in a way that makes it increasingly hard for doctors to do what they signed up for—care for patients.

Here are five trends that are making life harder for doctors.

As healthcare regulation grows increasingly complex, medical institutions have to grow more complex to keep up. In 2019, administrative costs alone were almost $500 billion.

This means a larger percentage of the medical workforce has to be dedicated to administration—which means less people involved in patient care overall.

It also means doctors specifically have to spend more of their time doing administrative work, which means less time with patients.

Dr. Leroy Weaver, a radiologist in Goshen, IN, put it this way:

Research backs this up. One study found that doctors spend six hours out of an 11.4-hour workday in their EHR system!

According to Dr. Weaver, all this data entry is driven not just by regulation but by litigation.

As the risk of being sued has increased, hospitals and insurance companies look for ways to shift liability away from themselves and onto doctors.

One way to do that is by requiring doctors to do a lot of the data entry that assistants and others used to do. If no one else is involved in decision-making, no one else gets the blame if something goes wrong.

Today, a five-minute visit with a patient may generate 25 minutes of data entry you have to do after they’re gone.

Doctors increasingly feel like they are spending more time doing mindless typing, and less time doing the work they love.

Healthcare is expensive, so in most developed countries you don’t pay directly. You’re covered by some type of health insurance, and in the US that insurance is primarily private.

Health insurance companies are for-profit businesses. They take on the risk of having to pay your medical bills in exchange for a monthly fee from you and your employer.

To make a profit, they are counting on collecting more in fees than they have to pay in bills. The less money insurance companies have to pay out—for procedures, medicine, and hospital visits—the more money they make.

Their goal is to keep costs as low as possible, not to help patients get the best care possible. But because they are the ones paying for the care, insurance companies have a lot of influence over what kind of treatments patients are able to receive. This often limits what doctors can do, since they are no longer making the decisions.

If a patient needs a procedure that isn’t explicitly covered by their insurance, a doctor might have to call to get it approved.

Dr. Weaver explained how this works:

“If you have to call for a special procedure, insurance companies will always deny it the first time—because they know that 30% of people are never going to call back. Right there, they’ve saved 30%.”

A survey conducted by the Doctor-Patient Rights Project found that 1 in 4 people with chronic or persistent illnesses had care denied by their insurance companies. In 70% of those cases, treatment was denied for a condition described as “serious.”

That same survey found that most participants waited longer than a month to even hear whether their claim had been denied or not, and more than a third—34%—had to put off or forgo treatment entirely because their insurance provider refused to pay for it.

Doctors trying to help patients often find themselves battling the insurance companies who need to foot the bill—and whose singular goal is to pay for the lowest level of care they legally can.

Insurance companies aren’t the only players whose primary concern is money. Doctors often have to work out of hospitals, and hospitals are businesses too.

On average, doctors generate $2.4 million per year in net profit for the hospitals that employ them. Some types of surgeons generate over $3.5 million.

From the hospital's perspective, a doctor is just a highly valuable revenue-generating asset.

Hospitals expect doctors to handle increasingly large patient loads while simultaneously bringing in as much revenue as possible by performing tests and procedures that the hospital can bill insurance companies for later.

Often, this misalignment results in tension between hospital administrators and the doctors they employ.

One way that hospitals are working to realign doctor incentives is through the use of “Relative Value Units” (RVUs). In this system, every procedure, test, and action a doctor can take is assigned an RVU depending on its complexity.

Doctors are then paid based on the number of RVUs they generate for the hospital.

This creates an incentive for doctors to make decisions based on what will make them (and the hospital) the most money, not necessarily what’s best for the patient.

4. The threat of lawsuits

In medicine, “malpractice” is when a patient sues a doctor for making a mistake. Every doctor is required to carry malpractice insurance.

Because the consequences of making a medical mistake can be so big, malpractice is big business.

Depending on her location, a surgeon might have to spend between $40,000 and $200,000 per year on insurance. Malpractice awards can be huge—in 2018, medical malpractice payments were over $4 billion.

This expensive liability, however, has some unintended consequences—and one of the biggest is “defensive medicine.”

Defensive medicine is the practice of ordering tests or procedures whose primary purpose is to protect the doctor from a future lawsuit, not to help the patient.

In an article he wrote for The New Yorker, surgeon Atul Gawande recounts a conversation he had with some Texas physicians over lunch:

I gave the doctors around the table a scenario.

What did McAllen doctors do fifteen years ago?

Send her home, they said. Maybe get a stress test to confirm that there’s no issue, but even that might be overkill.

And today? Today, the cardiologist said, she would get a stress test, an echocardiogram, a mobile Holter monitor, and maybe even a cardiac catheterization.

To provide some perspective, cardiac catheterization is a procedure where a thin metal tube is inserted into the big artery in your leg and threaded all the way up to your heart.

It’s used to check if there are any blockages in the arteries around your heart.

When doctors make decisions based on what won’t get them sued, patient care suffers. Defensive medicine is estimated to cost $46 billion annually in the US.

5. The loss of independence

50 years ago, when you graduated from medical school, you might move back to your home town, hang a sign outside your office, and start a medical practice.

For most of American history, doctors have been independent professionals and business owners.

But that’s changing. A study released by the American Medical Association last year found that for the first time, more doctors are employees than owners.

From the perspective of the health systems, the larger the market they control, the more money they can make.

For doctors, the increasing cost of regulatory compliance, the threat of litigation, and the constant financial pressure from insurance companies lead many of them to take the offer.

More recently, health systems have been simply outbidding private practices for new doctors—often paying far above market value, or offering young doctors contracts while they are still in residency, like a sports team signing a rookie who’s still a junior in high school.

For many independent doctors, it’s a choice between continuing to practice or going out of business.

When they fold and sell, the hospitals take on the administrative costs, but they also take the doctors’ independence.

As conglomerates take over, costs go up, the quality of care goes down, and doctors’ job satisfaction goes down.

Many doctors worry that this trend is turning them into highly-paid shift workers instead of independent professionals—with bad results for patients. Remember RVUs?

Being a doctor ain’t what it used to be

Whether from greedy insurance companies, changing compensation structures, or the threat of litigation, doctors are faced with increasing pressure to make medical decisions based on financial considerations instead of what’s best for the patient.

As administrative work takes over their day, they are also spending less time with patients than ever before.

Medicine is a noble profession, and we need great doctors—but it’s not for the faint of heart.

Spend time shadowing real doctors, seeing what their daily life is like, and asking them questions. Ask yourself if you’re ready to spend ten more years of your life in school after college.

Definitely don’t do it for the money. Sure, the salaries are high, but they barely offset the time, effort, and debt required to get there.

Becoming a doctor could be right for you, but it’s not for most people. The real thing isn’t like an episode of Dr. House.