How to Be Rich When You Grow Up

It’s both easier than you think and harder than you could ever imagine. 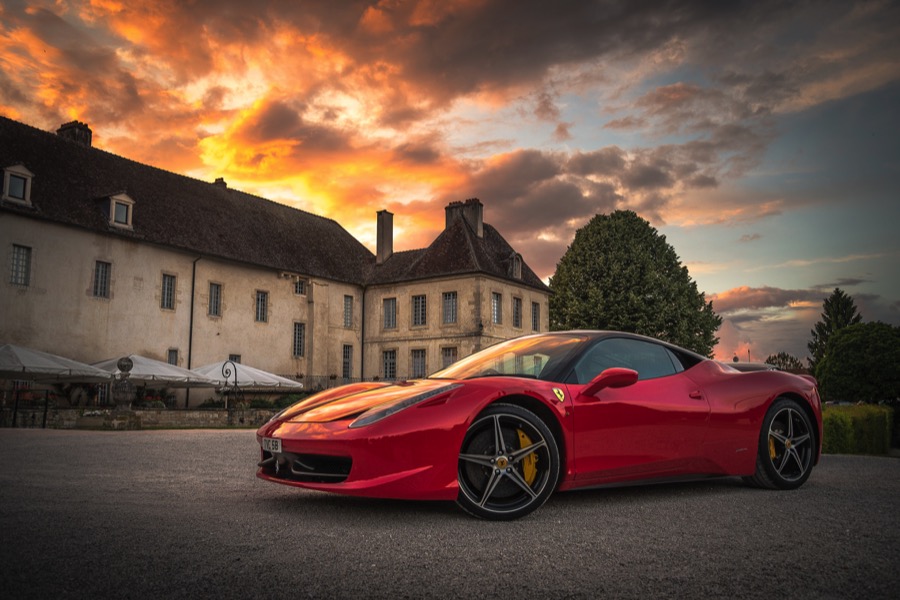 Whether you dream of a certain lifestyle, want to give your family a life you never had, or just want to prove the haters wrong, you’ve decided you want to get rich.

You might not admit it out loud, but it’s the real goal behind all of your professed career aspirations.

Let’s start with some good news: you live in the easiest time in history to become rich. Especially if you’re fortunate enough to live in a Western democracy like the United States, you can become rich with no extraordinary talent, family, or background.

The road is hard and the outcome isn’t guaranteed, but the possibility is there if you’re willing to take the necessary steps.

1. Define what “rich” means to you

This might sound obvious, but it’s an often overlooked and critical first step. You can’t achieve a goal if you don’t know what the goal is. “Rich” is a highly subjective word.

Compared to a villager in Swaziland, you’re already rich, congratulations!

What you define as rich is influenced by how you grew up, where you live, and a host of other factors. Someone you think of as “rich” might not consider themselves rich, and vice versa.

In his book How To Get Rich, published in 2006, British media mogul Felix Dennis laid out his personal definition of “rich.” For context, he was worth well over $500 million.

This table is based on total net worth. Rich people only have a small portion of their net worth in liquid assets. Having $10 million in the bank is very different from being worth $10 million.

$4 million–$10 million = The comfortably off

Over $2 billion = The super rich

👆 This table is helpful for two reasons.

First, it puts the term “rich” in concrete numbers.

Second, it shows that no matter how rich you get, there will always be someone who’s richer. If you define “rich” simply by comparison, you will always have a reason to feel poor, no matter how much money you have.

Even if you vacation in yachts and own homes in Europe, there will always be someone else with a bigger boat and nicer penthouse.

So pick an actual number. When will you feel you have “made it”?

TL;DR: Define what “rich” means to you in dollars. What’s your number?

If you’re going somewhere, you need a way to get there. It might seem like people get rich in hundreds of different ways, but if you pay close attention to the stories of any first-generation rich person, they all boil down to four paths:

Let’s briefly look at each of these.

You’re more likely to get struck by lightning than you are to win the lottery or some big gambling payout, so this isn’t a real strategy. We can scratch it off the list.

If you currently have dreams of going the celebrity route (as an aspiring actor, musician, media personality, or athlete), more power to you.

This doesn’t mean you shouldn’t pursue art or sports are whatever else! Something can be worthwhile even if it doesn’t make you lots of money.

This simply means that if getting rich is your goal, counting on becoming an A-list celebrity shouldn’t be your primary strategy.

Not only that, but smart celebrities themselves don’t only depend on their talent to get rich. They take the money they make and apply it to approaches #3 and #4.

Investing is where we start to get into reliable strategies that normal people can use. You buy assets (stocks, real estate, gold, art, etc.) that slowly increase in value over time.

If you’re starting from the bottom, however, it won’t catapult you into the socioeconomic stratosphere in a decade or two.

People who became rich from investing alone have one thing in common: they’re old. If you’re reading this, you

This brings us to approach #4.

Have ownership in a successful business

Ownership in a successful business is the only reliable way for a normal person to get rich before they’re old (within 5-20 years).

Look at the stories of any self-made millionaire or billionaire, and you’ll see that it involves ownership in a business that did well.

There are two ways to get ownership in a successful business.

The first is to be hired early by a start-up that goes on to be extremely successful. This is how early employees at tech unicorns like Facebook and Google became multimillionaires, for example.

But this only works if:

Plus, it’s your business, so you can have more influence over its success, and you can sell it whenever you decide you want to cash out.

You’re probably going to have to start a few unsuccessful businesses before you start a successful one. Don’t get discouraged if your first ideas don’t work out.

Take the lessons you learned from those failures and apply them to the next thing you try.

Most self-made millionaires and billionaires didn’t strike gold with their first idea. Survivorship bias means that we hear about their successes, but dig into their stories and you’ll find that most of them experienced massive failure at least once, and often multiple times.

One example: Jack Ma, founder of Alibaba and a man worth $50 billion, was rejected for 30 different jobs when he graduated college, including one at KFC.

He was a 33-year-old English teacher before his first company made any money.

Once you have a business, you are going to need to scale it if you want to get rich. Scaling a business means growing your revenues exponentially faster than your costs.

Scale is the difference between the local bakery that makes delicious cookies and the multimillion-dollar baking company with products in every major retailer. Only one of those two business owners is rich.

You scale a business by getting leverage. In physics, a lever is a simple machine that allows small amounts of force to move huge objects. In business, leverage can come in a few forms:

Let’s go back to the example of a local bakery and look at how the owner Jackie could use these four levers to scale her business.

Jackie knows she has a product that people love, so she starts advertising locally, posting regularly to the bakery’s Instagram and Facebook pages, and getting write-ups in a few local newspapers (media).

As more people hear about the bakery, business grows, so Jackie hires more people and opens a second location to keep up (labor).

Demand and hype continue to grow, and Jackie is approached by a grocery chain about carrying her product in their stores. There is no way she can meet that demand with her current employees, and hiring hundreds of more people would cost too much.

Jackie decides to raise money from some investors (capital), and uses it to purchase a warehouse and machines that allow her to go from making all her cookies by hand to making them on a production line (technology).

TL;DR: You won’t get rich trading time for money. Use leverage to scale revenues faster than costs. You can do this through a combination of capital, technology, people, and media.

Life is a series of trade-offs, and if you want to be rich, you’re going to have to make some sacrifices.

Becoming rich requires a level of effort and dedication that few people are willing to sustain. It also means you won’t be able to do a lot of other things with the time you’re using to get rich.

Think about why you want to be rich, and decide what you’re willing to give up in exchange.

In How To Get Rich, Felix Dennis writes that he wished he had actually made less money. He says if could live his life over, he would try to make enough to live comfortably as quickly as he could and then retire at 35 to write poetry.

Becoming rich has a cost, even if it doesn’t result in addiction. It could be as simple as not ever enjoying the money you make because you’re too busy making more money.

Pay close attention, and you’ll notice that most rich people don’t seem that happy. Before you set out to be rich, define your values, then use them to guide what trade-offs you make.

TL;DR: You have a limited amount of time and energy. Decide what else in your life you’re willing to sacrifice in order to get rich.

Yes, pain. Real psychological pain. Getting rich is very stressful, but don’t take if from us,

The founder of SpaceX, Tesla, The Boring Company, and OpenAI is no stranger to the pressure of entrepreneurship. As he says in the video:

How high is your psychological pain threshold? Musk explains that there is a big difference between the feeling you have when you first start working on an idea and the experience you’ll have before it’s all over:

When you first start a company, there's lots of optimism. And things are great. Happiness at first is high. And then you encounter all sorts of issues--and happiness will steadily decline.

Then, you'll go through a whole world of hurt. And, eventually, if you succeed—and in most cases, you will not succeed, Tesla almost didn't succeed, it came very close to failure—if you succeed, then after a long time, you will finally get back to happiness.

TL;DR: Starting a business is a highly stressful endeavor with a low probability of success. You have to be mentally tough.

6. Work your ass off

It should go without saying, but you’re going to have to work really hard.

Money is stored value. When you make a lot of money, it’s the market’s way of thanking you for providing a lot of value.

TL;DR: Work your ass off.

Getting rich isn’t for everyone

There you have it—how to get rich. First, decide what rich means to you. Second, you’re going to have to start a business, and likely fail at a few before one is successful.

Use leverage to scale your business. Along the way, decide what you’re willing to sacrifice, get ready to endure a lot of pain, and work hard.

Then, maybe, you’ll be rich one day.

Still interested? Here are a few resources to get you started.

How to Get Rich: One of the World's Greatest Entrepreneurs Shares His Secrets (Felix Dennis)How to Get Rich Without Getting Lucky (Naval Ravikant)