Planning to Go to College? Read This First.

Nine years ago, I packed all my belongings into my rusty black Toyota Corolla, said goodbye to my family, and drove three long hours to college. 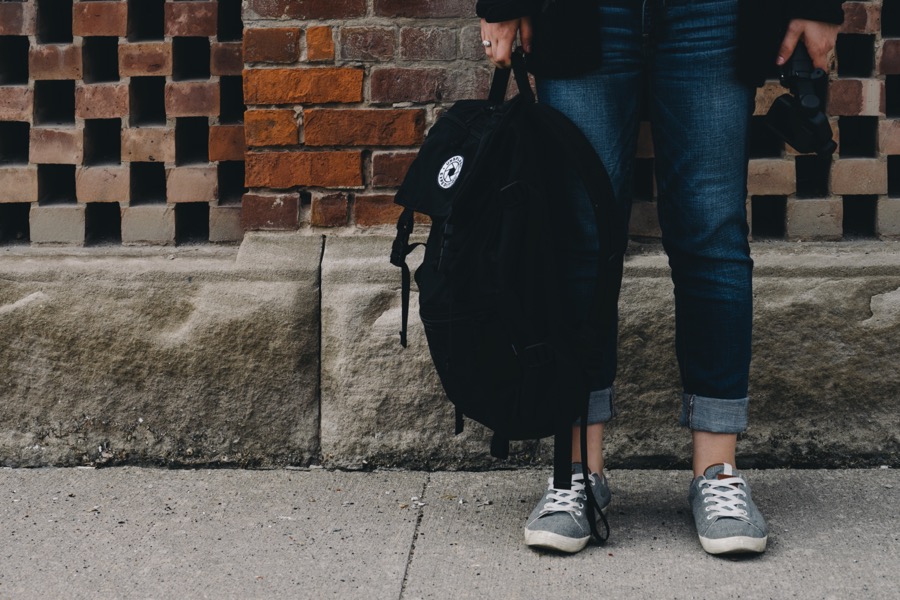 Five years, two universities, two majors, and almost $150,000 later, on another warm summer day on the other side of the country, I graduated.

Looking back, I’m grateful for everything I learned and experienced. But I’d be lying if I said I wouldn’t change anything.

After a few years of finding my way in the real world, there are some things I know now that I wish I’d known then.

Here are five things I wish I could tell my 18-year-old self before college.

I must have met 100 new people that first day during orientation. And every time, after asking my name, the next question was always the same: “What’s your major?”

I had no idea. And honestly, I wasn’t too worried about it. Most people I knew didn’t really know what they wanted to study.

I put “Pre Med - Chemistry” as my major on the orientation forms. My dad was a doctor, and I had always gotten good grades, so I figured “Why not?”

Two years later, I’d switched to Accounting. I wanted to do business, and an accounting major seemed most likely to guarantee me a paying job when I graduated. Not a terrible reason—but not why you should choose a major.

By my last year, I absolutely hated accounting.

It was too late to change my major, so that's what I graduated with. Instead, I was able to land my first job out of college in marketing—something I enjoyed a lot more, but had nothing to do with my accounting degree.

Here’s the truth: most majors are bullshit, and you’ll probably pick the wrong one, for the wrong reasons.

2. Experiences are more important than grades.

This one stings a little. In college, I measured my performance with my GPA, so I spent most of my time studying.

But looking back, I value the experiences I had far more than my grades. The people I met, the year I studied abroad in Madrid, the study trip I took to Southeast Asia, the national business competition I helped win—those all have mattered a lot more to me than the A I got in Intro to Western Civilization.

I just wish I’d spent more time seeking out experiences like that, and less time worrying about tests.

I realize now there are a lot of things I didn’t do—risks I didn’t take—that would have accelerated my development and self-discovery in ways that can’t be measured on a transcript.

College is a time to take risks and try new things. Try things you’ll think you’ll like, but also try things that are very different from what you’ve done before.

Maybe you’re really into sports but have never tried anything musical. Pick an instrument and take some lessons.

Maybe you’re more of an introvert. Try stepping out a little and get involved in a club or organization you’re interested in.

Maybe you love to party. Try joining a business club and put those people skills to use on something other than beer pong.

And if you’re a nerd like me, it probably wouldn’t kill you to party a little more (don’t tell your parents I said that).

Grades are important to a certain extent, and if you don’t take them seriously, you’ll likely wish you had. Trust me, I had friends who did when it came time to apply for jobs or grad school.

But grades aren’t the MOST important thing. Which bring us to lesson #3...

3. The people you meet will be far more important than what you learn.

Everything about “college prep” in high school is hyper-focused on test scores and majors.

What they don’t tell you is this: The real value of college is the people you meet and relationships you build.

I met some of my best friends in college—friends I’m still regularly in touch with today. We call each other, make plans together, and talk about business ideas.

These are people who keep me accountable, support me, and want to see me succeed.

Make it your goal to meet as many interesting people as possible.

Join clubs, talk to people outside of class, go to your professors’ office hours, and if an interesting speaker comes to campus give a talk, stay after to try and chat with them.

The more people you meet, the more friends you’ll make, and the more inspiration you’ll find for what you want your life to look like.

4. You have less time than you think.

Both in high school and college, I made it a point of asking older people I respected for advice on how to figure out what I wanted to do with my life.

Along with whatever else they had to say, they would almost always offer this assurance: “Don’t worry, you have lots of time.”

Looking back, I realize that was a lie—I had some time, but not a lot.

You may feel like you have all the time in the world, but you don’t. Before you know it, high school graduation will be here, and then college, and then it will be on to the rest of your life.

You only have today. No-one is guaranteed tomorrow. Start now.

This is the big, dirty secret your teachers, guidance counselors, and parents will probably never tell you: You don’t have to go to college.

I know. Here’s the deal: 100 years ago, college was reserved for certain professions that required advanced education—a career in medicine or science, for example.

Now, college degrees are so common that your local barista probably has one. Since when did making an iced latte require a Bachelor of Arts?

Today, high schoolers are pressured to go to college...

...Even if they don’t need a college degree for the career they want to pursue.

...Even though it will probably put them in crippling debt by the time they graduate.

...And even though most college majors don’t make nearly enough to compensate for their cost.

Most people (myself included) go to college because “it’s what you’re supposed to do”—not because they have a clear idea of why it’s a necessary part of the career they want.

The American writer Grant Allen once wrote, “I have never let my schooling interfere with my education.”

If there’s a theme that runs through the lessons I’ve just shared, it’s this: getting an education is not the same as going to college or getting a degree.

An education is essential for success, and is built through the things you read, the experiences you have, and people you meet.

A college degree is optional and doesn’t guarantee you an education.

Some of the biggest decisions you’ll likely make in the next few years will revolve around college—if you should go, where you should go, and what to do once you’re there.

Whether you decide to go or not, don’t get a degree but miss out on an education.